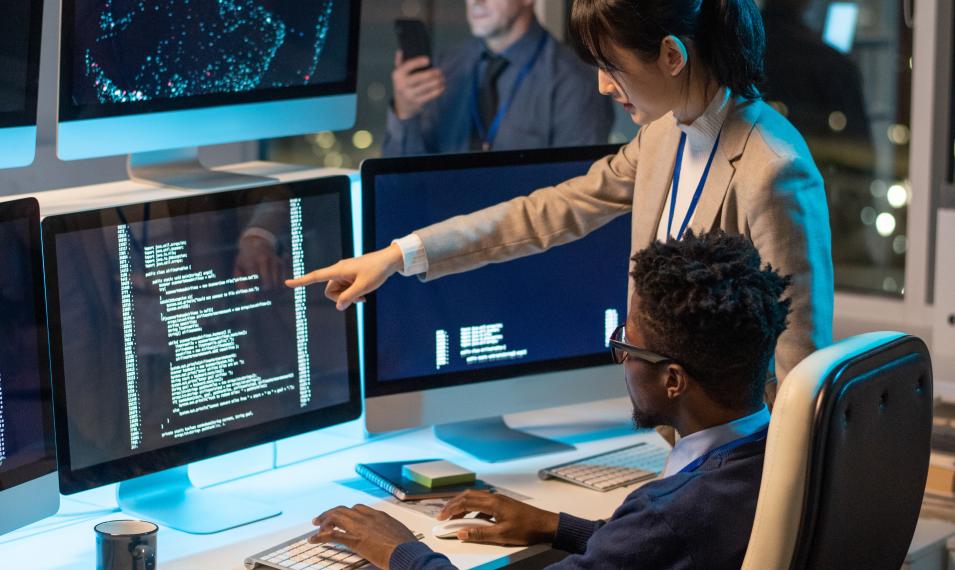 This blog looks at this evolution, considering how virtualisation has got to where it is, and the drivers and developments that could shape where it goes next.

While it focuses on servers as the epicentre of virtualisation innovation, it reflects how virtualisation is increasingly blurring the lines between compute, storage and networking as our demand increases for ever faster processing of a growing body of data.

The virtualisation journey so far

Like pinpointing the source of a river, several IT developments could claim to have started the virtualisation journey, but it effectively became a recognisable movement with the first virtual machines (VMs).

These enabled a single physical server to run multiple workloads, greatly reducing the number of physical servers required by a business to run its IT estate, and creating a new level of flexibility in deploying applications. From there, it was a natural next step to enable individual workloads to be run transparently across multiple physical servers, opening up faster processing of high transaction volumes without resorting to mainframes.

Application containerisation technologies such as Kubernetes took virtualisation further by liberating applications from the physical overhead of carrying an operating system around with them.

Hybrid cloud has taken virtualisation capabilities to the next level by extending them to multiple locations across multiple vendors. It is also driving the necessary parallel evolution in management and security capabilities. Spreading multiple workloads across multiple physical servers, locations and vendors adds little value unless the process can be managed transparently and securely; as the number of concurrently running microservices expands exponentially, it takes this management task beyond human scale, so automated management becomes a prerequisite.

In a little over 30 years, virtualisation has progressed from getting the most out of a single physical server to managing resources securely and transparently across multiple physical locations and vendors. While Serverless Computing might be seen as more of a cloud provider marketing innovation than a technological one, given the cloud provider still relies on physical servers, it’s a sign of how little bearing the physical infrastructure now has on how services are consumed.

Where will virtualisation go next?

Arguably, server virtualisation has gone almost as far as it can in terms of releasing compute and storage capabilities from their physical constraints. Now workloads can be run seamlessly across multiple servers, platforms, locations and vendors, it might be hard to see where the next innovation is coming from.

As ever larger and more complex virtual workloads take management further beyond human scale, artificial intelligence is likely to play a growing role in optimising virtual workloads without the need for human intervention.

The explosion in data, and the associated hunger for delivering actionable insights at speed from very large data sources, is starting to drive potential seismic shifts across compute, storage and networking.

For example, while spreading workload across a large number of relatively small cores gives flexibility, horizontal scalability and (theoretically at least), redundancy, it places greater strain on networking resources and is arguably less efficient from a compute perspective than a smaller number of larger cores.

While these are not virtualisation trends in themselves, they are likely to have a significant bearing on how IT estates function, and therefore on how virtualisation capabilities are deployed.

Logicalis UKI has extensive expertise and experience in helping our clients to make the right, objective virtualisation decisions for their business. To find out more, and to continue the conversation, download our ebook or visit uki.logicalis.com.

The range and impact of Information Security (IS) threats has grown and changed continually over the last 40 years or more, along with the motivations and drivers for such attacks. From when the Morris Worm launched the first, apparently inadvertent, distributed denial-of-service (DDoS) attack on the internet, the realm of cybercrime has expanded from hackers often driven by little more than curiosity, to organised crime and state sponsorship.
Learn more